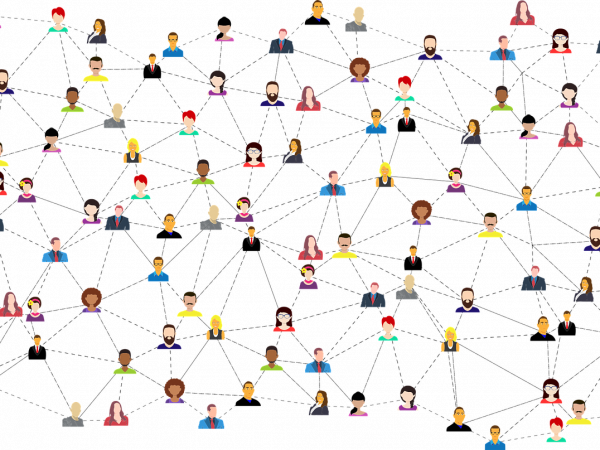 These two terms are often used interchangeably, but there is a major difference between the two, which will be explored in this article. Let’s first break down what each refers to.

It is the system that has revolutionized methods of communications and commerce by allowing pathways between multiple computers. It is also referred to as the network of networks. The internet emerged in the US during the 1970s, but it wasn’t made publicly accessible until the early 1990s. By 2020, it has been estimated that around 4.5 billion people around the world, which makes up more than half the world’s population, can access the internet.

Also, the internet is notable for its decentralization, which means that the internet is neither owned nor controlled by anyone who is connected to it. Rather, hundreds of computer networks are operated by their own organizations based on voluntary interconnection agreements.

You can access the content on the internet using a web browser. This goes to show that the web is one of the many internet applications (such as email, torrent, etc.).

The web or the World Wide Web works as a subset of the internet and consists of multiple pages that is navigated through with the help of a web browser. The web is assumed to be the same as the internet, but that is not so. While the internet is the global network of servers that allow for communication and information sharing between devices, the web is a platform through which that is made possible.

The language that is used to format web pages is called Hypertext Markup Language (HTML), which allows you to click through pages via links. The Web uses HTTP (Hypertext Transfer Protocol) to transmit data. You use browsers such as Google Chrome, Mozilla Firefox, Apple Safari, or Internet Explorer to navigate through web pages or access web documents, which are connected via links.

Hence, the web is one of the ways to find and share information over the internet.

Relation between Internet and Web

Now that the definition of each has been discussed, let’s explore the relationship between them.

Webpages on the websites are connected by links. As you click from one webpage to another, you can envision the web to be created by links – much like the threads of a spider web. The web has pieces of information from all over the world, in millions of computers and millions of databases.

In a nutshell, you cannot access the web without the internet. Only with the help of the internet, you can have access to Netflix, Gmail inbox, Spotify playlist, etc. on the web applications. This significantly differentiates between the internet and the web, though they each have a purpose for each other. For instance, our recommended Internet provider has multiple plans of Xfinity Internet for you to choose from. In this context, the Xfinity Internet service will create a pathway for you to access the web, without which you cannot.

We use cookies to ensure that we give you the best experience on our website. If you continue to use this site we will assume that you are happy with it.AcceptPrivacy policy