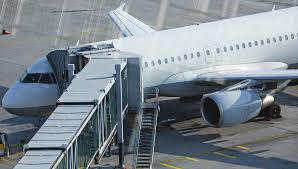 Pennsylvania is one of the oldest states in the country, but in recent years it has become one of the most forward-thinking. With a mix of both large metropolises and smaller rural enclaves, the state of Pennsylvania has certainly grown in recent years. One way it has burgeoned massively is in the state’s infrastructure and technology.

Pennsylvania has seen growth in these sectors, and its airports have certainly seen some of these benefits. Learning about Pennsylvania’s airports is imperative in order to understanding the area as a whole.

Philadelphia is Pennsylvania’s largest and most important city. It is a major city within the United States and it is one of the top growing places in the nation. The Philadelphia International Airport is the main airport for the Philadelphia metro area and has been growing in recent years. The airport received an investment of almost $900 million dollars that will promote the building of new infrastructure – a much needed improvement. This investment will be used towards a new air traffic control tower as well as increased terminal maintenance. The Philadelphia International Airport now also has a parking service that will aid with efficiency throughout the airport.

The Pittsburgh International Airport is the second largest airport in Pennsylvania, and services the metro area of Pittsburgh. The airport sees the most air traffic in Pennsylvania outside of Philadelphia and is continuing to grow rapidly. In late 2018, the airport announced that it was set to open an Innovation Campus that will be used for office and industrial spaces, but will also include an entertainment and restaurant area called the Town Center. This will not only improve the airport itself, but it will also advance the economy of the Pittsburgh metro area.

The Harrisburg International Airport is the third largest airport in Pennsylvania. While smaller than Philadelphia and Pittsburgh’s airports, it still sees significant air traffic from major American and some international cities. They have had innovation in recent years with their hurricane awareness program and will only continue to grow in the future.