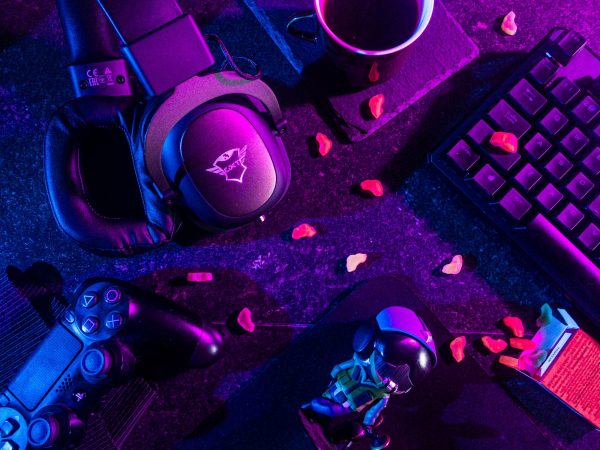 With billions of players worldwide and revenues expected to reach $200 billion by 2023, gaming is one of the world’s largest and fastest growing industries. Technological advancements are responsible for a lot of this growth. From online gaming to motion sensors and artificial intelligence, there seems to be no limit to what video games can achieve. Today’s video games make titles made just ten or fifteen years ago look archaic. As technology continues to evolve, video games will too.

Technology has transformed how people play casino games. Once upon a time, a trip to Las Vegas, Monte Carlo, or Macao was necessary to take in the full casino experience. Today, people can open their laptops, tablets, or smartphones to play casino games from anywhere in the world. Advances in virtual reality and augmented reality have created online casinos that are almost indistinguishable from their brick-and-mortar counterparts. While most people still enjoy a trip to Las Vegas with friends to check out the world-famous Strip, technology has made it easier to get the same experience from the comfort of their own home.

There used to be a time when most gaming took place on consoles or in arcades. Over the past decade, smartphones and tablets have revolutionized how people play video games, with mobile gaming being the go-to platform for many gamers. Angry Birds and FarmVille were among the earliest games to go viral on smartphones. These games had simple graphics but they were engaging, which kept people coming back for more.

A decade later, mobile games boast complex graphics and some of the biggest console games, like Call of Duty, also have mobile counterparts. Augmented reality came to smartphones with the release of Pokémon Go in 2016, and today there are several virtual reality games on Android and other devices.

After a while, gamers wanted to move beyond being tied to a controller and instead move more freely. Video games that use Intel RealSense gesture control allow users to play games and interact with their device with just a few waves of the hand. This technology uses a 3D camera that tracks 22 different points in the human hand. What makes this type of gaming unique is the ability to use natural body movements to interact with the onscreen action.

While mobiles games are the most portable video games available, they still don’t have the power of console games. However, the release of the Nintendo Switch in 2017 transformed console gaming forever. The console allowed gamers to go from sitting on their sofa with a controller to using a handheld device and carrying games with powerful graphics in their backpacks.

Once upon a time, online games were text-based with two-dimensional graphics. The introduction of 3D graphics and special effects to online gaming has changed the genre, making games more realistic and engaging. These titles allow players to interact with in-game objects, experience natural visual textures, and immerse themselves in an online world.

Before the internet and online gaming, playing video games was often a solitary activity. If gamers wanted to play with friends, then they usually had to plan it in advance and everyone needed to be in the same room. Today’s technological advances in gaming allow people to connect and play video games across continents. They can play with friends, acquaintances, and even strangers. Whether they prefer games like Words With Friends or massively multiplayer online games, most popular titles today have a social aspect.

Although it’s not yet the norm in gaming, cloud-based technology is expected to be a game-changer. Cloud-based technology allows gamers to free up space on their computers, consoles, and phones and makes gaming more accessible to everyone. A significant barrier to playing top-notch games on mobile devices is a lack of memory and not having specs good enough to support the game. When playing a game in the cloud, these things don’t matter. Plus, the highest quality games can be played without purchasing an expensive gaming computer or console.