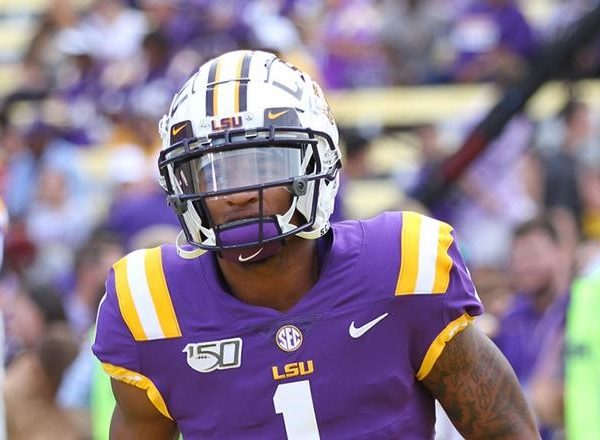 The eyes of NFL fans will be glued to screens around the world on February 13, 2022, when the Cincinnati Bengals take on the Los Angeles Rams at the SoFi Stadium in Inglewood, California, for Super Bowl LVI. Both teams are hunting for their second Super Bowl title, and each side has some incredibly talented players on its roster. Who are the five players to watch during Super Bowl LVI? Keep reading to find out.

The Bengals drafted Joe Burrow as the first overall pick in 2020, and he wasted no time breaking franchise records. His 4,611 passing yards in 2021 is a franchise record, as are his 34 touchdown passes and his 108.3 passer rating. Burrow is one of the favorites to win the MVP awards in the latest Super Bowl bets online, thanks to his obvious talents with the ball.

Burrow is the first number one quarterback pick to guide his team to a Super Bowl within his first two years in NFL. His ability to act calmly under pressure – he was sacked 51 times during the regular season – will be a significant asset to the Bengals when they take on the Rams on the Rams’ home soil.

Ja’Marr Chase became a Bengal after they drafted him fifth overall in 2021. Chase broke all kinds of records during his rookie season as he forged a formidable partnership with Burrow, with who he played college football at LSU.

Chase played in 17 games during his rookie season, enjoying 81 receptions for 1,455 yards and scoring 13 touchdowns. That yardage is a Bengals franchise record, as are the 266 yards he received in Week 17 against the Kansas City Chiefs.

It will be interesting to see how the Rams contain the 21-year-old Pro Bowl member.

While Burrow is an up-an-coming quarterback for the Bengals, the Rams have their own key man in the pocket. Matthew Stafford was the first overall pick in 2009 when the Detroit Lions selected the former Georgia Bulldogs star. Stafford stayed with the Lions for 12 seasons before moving to the Rams in time for the 2021 season.

Stafford has more than a dozen NFL passing records and loves making big plays and long throws. He is also an expert and guiding his team to fourth-quarter comebacks, which will help if his Rams trail going into the business end of the Super Bowl.

Cooper Kupp has been with the Los Angeles Rams since they drafted him 69th overall in 2017. Kupp always had obvious talent but is enjoying a record-breaking season this campaign.

Kupp’s fellow professionals voted unanimously for him to be a member of the 2021 First-Team All-Pro team. Why? Because he leads the league in terms of catches (145), yards (1,947), and touchdowns (16). Including the playoffs, Kupp is the first player in NFL history to accumulate more than 2,000 yards in a single season.

The Rams’ combination of Stafford and Kupp is one of the main reasons the Rams reached the Super Bowl. Can the duo combine more in one final game to secure a coveted Super Bowl ring?

Joe Mixon has been in scintillating form in 2021 and was, rightly, called up for a Pro Bowl appearance. Mixon missed most of the 2020 campaign through injury but returned with a bang for 2021.

He started 16 games had 292 carries for 1,205 yards and 13 touchdowns; all those figures are career bests for Mixon. He also received 314 yards and scored three passing touchdowns.

The Rams have a solid running defense, but they need to be at the peak of their game to prevent Mixon from literally running the show.