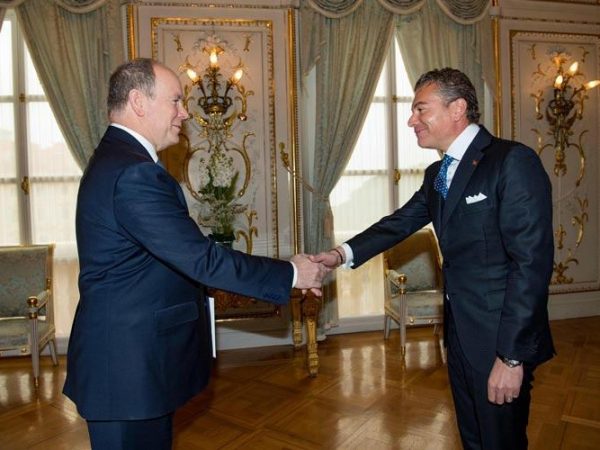 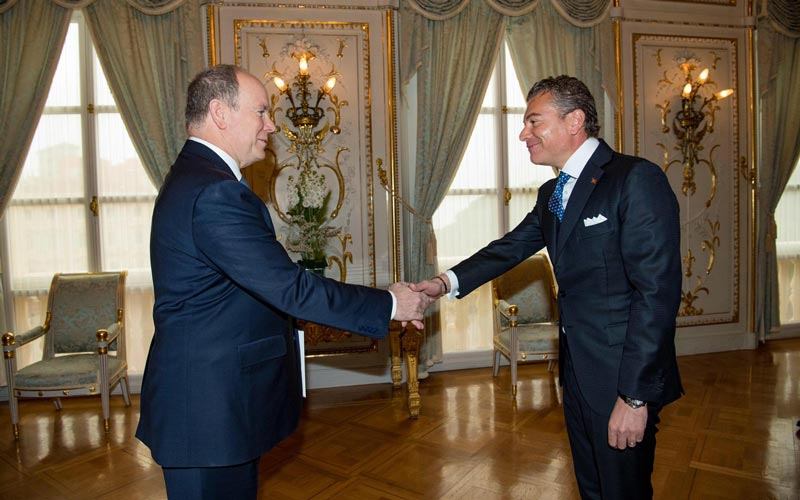 Isabelle Rosabrunetto is the Director General of External Relations and Cooperation in the Principality of Monaco.

Dario Item met the Monegasque diplomat for lunch in the restaurant of the famous Hotel Hermitage, in the Monte Carlo district, directly overlooking the port.

The lunch was also attended by the ambassadors of Bosnia and Herzegovina, Bahrain and Panama. On the same day, the ambassadors were received by Prince Albert II at the Palace of the Princes of Monaco. They delivered the letters of credence necessary to officially start their diplomatic activity in the Principality.

On 28 February 2019 Dario Item was formally accredited as ambassador of Antigua and Barbuda in the Principality of Monaco.

Over the past eight months, the Principality of Monaco has accredited ambassadors from Kuwait, South Korea, Jamaica and Greece. Currently, 141 countries have diplomatic relations with Monaco. Last but not least, Barbados.

Isabelle Rosabrunetto was Minister of the Treasury of the Principality of Monaco until 2015.

For the past four years, she has been the Director General of the Department of Foreign Relations and Cooperation of the Minister of Foreign Affairs.

He is also the permanent representative of Monaco to the International Maritime Organisation (IMO).

In July 2017, he participated in the High-Level Meeting of Small Countries of the WHO European Region. The central theme of this important meeting was the construction of “flexible societies””. However, many other health issues were addressed: the fight against obesity, generalised access to medicines and health treatments, ensuring a sufficient number of qualified health personnel, and how to react to health crisis situations.

In the summer of 2018, Isabelle Rosabrunetto went to Mongolia leading the Monegasque delegation, invited by the Minister of Foreign Affairs, Damdin Tsogtbaatar, for an assessment of bilateral cooperation projects supported so far.

On June 2nd, she took part in the celebration of the Italian Republic’s feast held in Monaco, while between June 18th and 22nd, 2019, she visited Lebanon at the head of the Monegasque delegation for Foreign Affairs and Cooperation.

The aim was to discuss the partnerships supported by the Official Development Assistance of Monaco in the areas of health, education and socio-economic inclusion of the most vulnerable groups.

Mrs Rosabrunetto, along with Lebanese Minister of Health Jamil Jabak, participated in the official opening of a Mother and Child Health Centre in Douris, Beqaa Valley.

“”This year, on the occasion of the 30th anniversary of the United Nations Convention on the Rights of the Child, I am thinking in particular of children. It is for them that we must provide the best possible protection to ensure their future,” said Isabelle Rosabrunetto.